KARACHI – June 13, 2018: Telenor Pakistan’s #ShareYourMeal campaign, aimed at bringing food to the table of those who need it the most in our society, concluded in a graceful ceremony in Karachi. The on-ground leg of the campaign was executed in Peshawar, Quetta, Islamabad, and Lahore earlier this month. This is the 4th consecutive year that Telenor Pakistan has successfully run this campaign and contributed towards fighting hunger and poverty in the country. 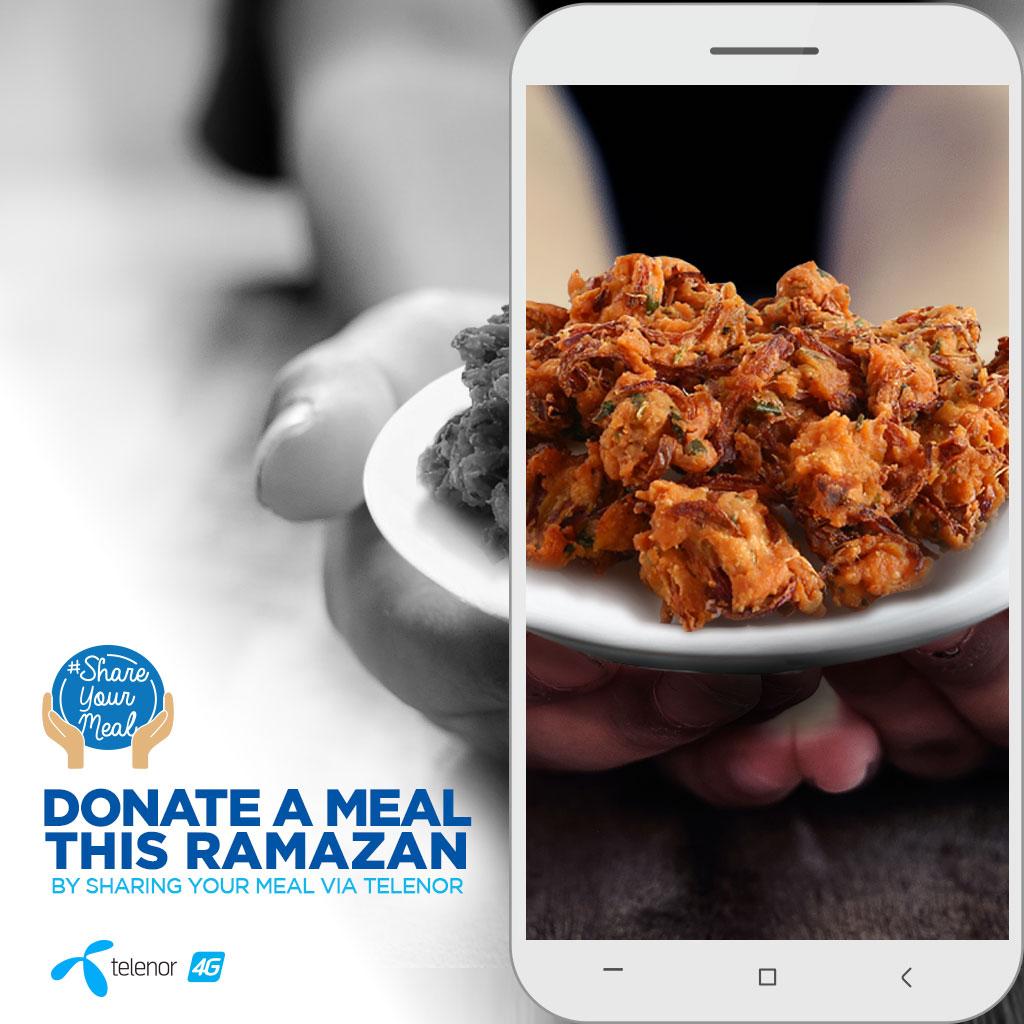 This year, the campaign’s tag-line “Is Ramzan koi plate khali nahi jayegi” helped spread the message across through a DVC followed by an intensive digital campaign to reinforce Telenor Pakistan’s commitment towards empowering societies and rallying everyone to contribute towards a noble cause.

Since 2015, every Ramzan the #ShareYourMeal campaign earmarks a certain sum of money to help fight hunger against every picture of Sehr and Iftar meals shared by the public on Twitter, Facebook and Instagram with the #ShareYourMeal hashtag. The proceeds of the 2018 campaign were used to disburse food rations to thousands of people in Quetta, Peshawar, Lahore, Islamabad and Karachi with the support of the Pakistan Red Crescent Society. This is one of the various initiatives by Telenor Pakistan to give back to the ones in need and empower societies through the help of its customers and social audiences. 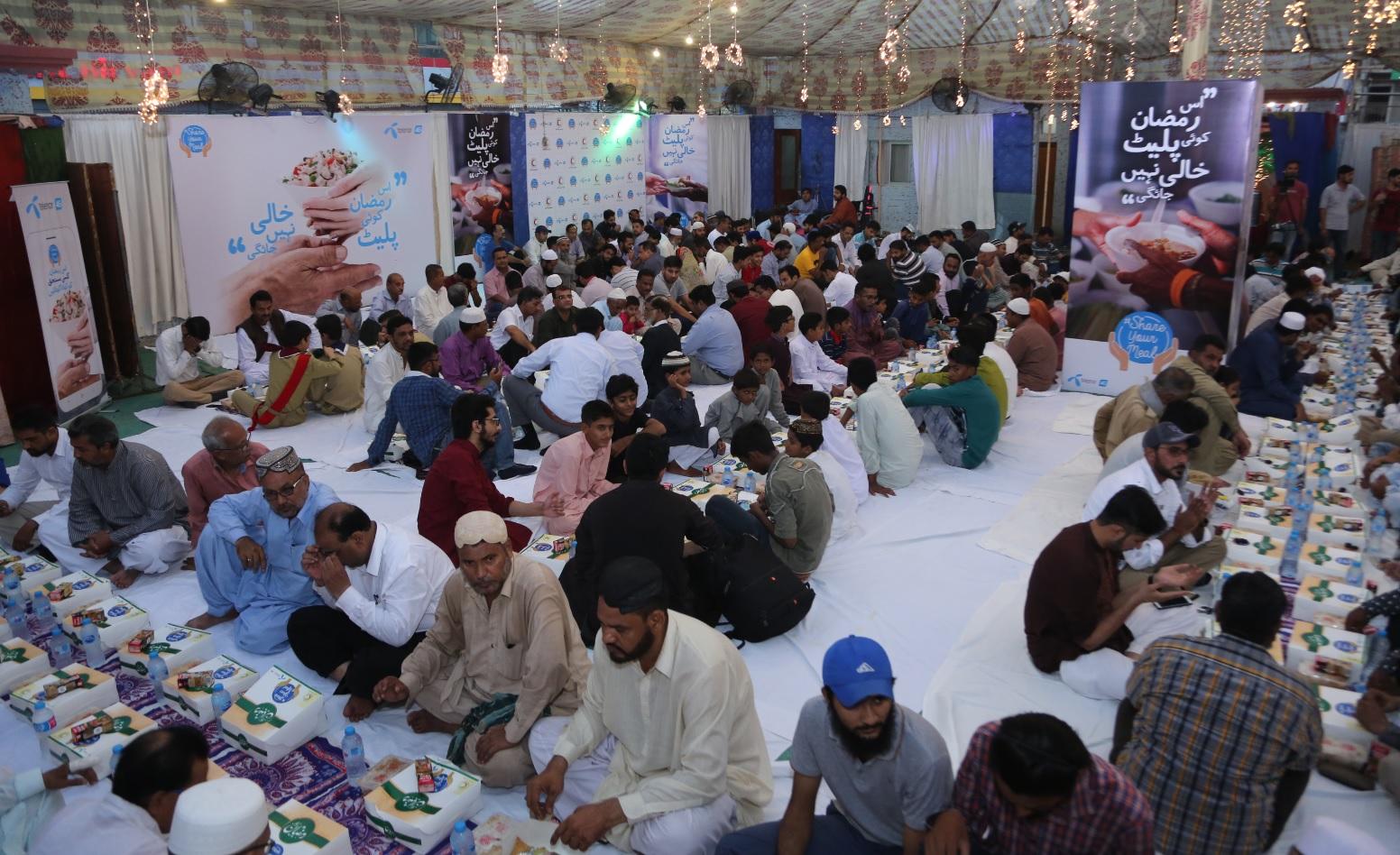 “We extend our sincerest gratitude to the people of Pakistan for making #ShareYourMeal a massively successful campaign via different social media platforms this year which resulted in serving more than 3000 beneficiaries,” said Irfan Wahab Khan, CEO, Telenor Pakistan. “We are here to empower the Pakistani society and help it fight its longstanding challenges that include hunger and poverty. In continuation of Telenor Pakistan’s pledge and commitment to the United Nation’s Sustainable Development Goal #10, Reducing Inequalities, #ShareYourMeal is our humble contribution to fighting these challenges and bringing food to the deserving in the holy month of Ramzan.”

Telenor Pakistan started the #TweetAMeal campaign in 2015 asking people to Tweet pictures of their Ramazan meals following which, certain donations were made to those who need them the most against each tweet. In 2016, Telenor Pakistan, in collaboration with Pakistan Bait-ul-Maal, distributed food supplies to the deserving families in Thar, one of the most impoverished areas of Pakistan. In 2017, the campaign name was changed to #ShareYourMeal, Telenor Pakistan collaborated with the Pakistan Red Crescent Society to disburse food rations to thousands of people in the hunger-stricken city Bannu under the same campaign.

Zong 4G Announces FREE Calls With customers as its Number 1 priority, Zong 4G has stepped forward with an unprecedented gesture for its customers...
Read more
Telecom

Vivo Extends the Warranty of its Smartphones in Pakistan In the wake of current COVID-19 outbreak, following the government directives vivo, the global smartphone brand...
Read more
Telecom

During the times of social distancing, Pakistani telecom operator Ufone is ensuring that its customers remain connected to their loved ones from the comfort...
Read more
Business

Islamabad – 20 March 2020: As the coronavirus (COVID-19) outbreak continues to impact lives across Pakistan, Jazz is mobilizing its resources to fight against...
Read more

Jazz will offer the country’s largest cloud platform to fast-track the digital transformation of enterprises looking to tap into the global economy   Aimed at facilitating...
Read more
Telecom